McKinney, Texas, December 11, 2022 - There are over 140 items to be included inside the Time Capsule to be buried at the Veterans Memorial Park in McKinney on Saturday, December 17, 2022. The items donated by local veterans and their families will be on display at the Collin County History Museum, 300 E. Virginia Street in McKinney, from Friday November 25, through Saturday December 10. The museum hours are Thursday, Friday, and Saturday, from 10:am till 4:pm
The board members of the Collin County Veterans Memorial Park in McKinney came up with the idea to bury a Time Capsule this year to be unearthed on November 11, 2061. The opening date is to signify the 50-year anniversary of the official memorial’s “Wall of Honor” dedication, which was held on November 11, 2011.
The time capsule, actually a square 12”x12”x12” black stainless-steel box, was designed, crafted and donated by Corbin Ringley. A black granite slab, which will sit atop the buried capsule, was donated by Terry Turrentine Irby of Turrentine, Jackson and Morrow Funeral Home.
The items collected include challenge coins, uniform patches, insignias, decals, caps, medals and ribbons, books, the printed program from the 2011 dedication and dozens of other objects of military memorabilia. The many pieces represent the Civil War, World War I, World War II, the War in Korea, Vietnam, Iraq and Afghanistan.
There are two pieces of actual bomb shrapnel. One is from Vietnam, the explosion of the ASP-1 (Ammunition Supply Depot), from April 29, 1969, donated by RD Foster, USMC. The other is from Iraq, the explosion of an IED (improvised explosive device) from James Bishop, US Army.
Items from fallen warriors whose names are on the Wall of Honor include Bill Bryan’s dog tag from 1966. Marine Corporal Bryan was killed in action in Vietnam in 1968 and posthumously awarded the Navy Cross. The dog tag was donated by his wife at the time, Deidre Simpson Washam.
Lieutenant Russell A. Steindam’s rank epaulette is there. Russell was killed in Vietnam in 1970 and was posthumously awarded the Medal of Honor. The Collin County Courthouse has been renamed in his honor.
The white cover of Sailor Tommy Harris, US Navy and other assorted personal items are included. Tommy was killed in 1967.
Four books in the “Collin County Freedom Fighters” series, written by Ronnie D. Foster, will also be available. The books tell the stories of the 431 names that are inscribed in the black granite of the Wall of Honor at the memorial.
This will be your only chance to see all these incredible mementos, souvenirs and numerous military items, unless you plan to be at the opening 40 years from now in 2061. 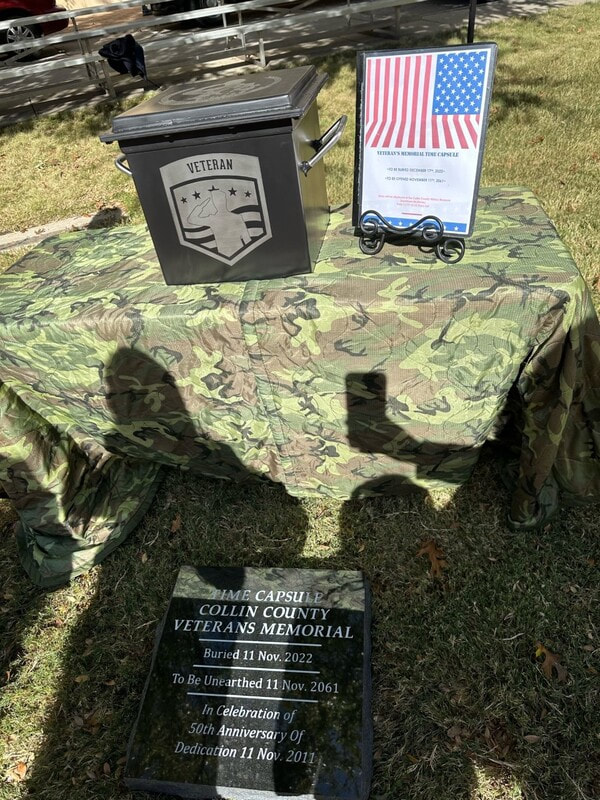 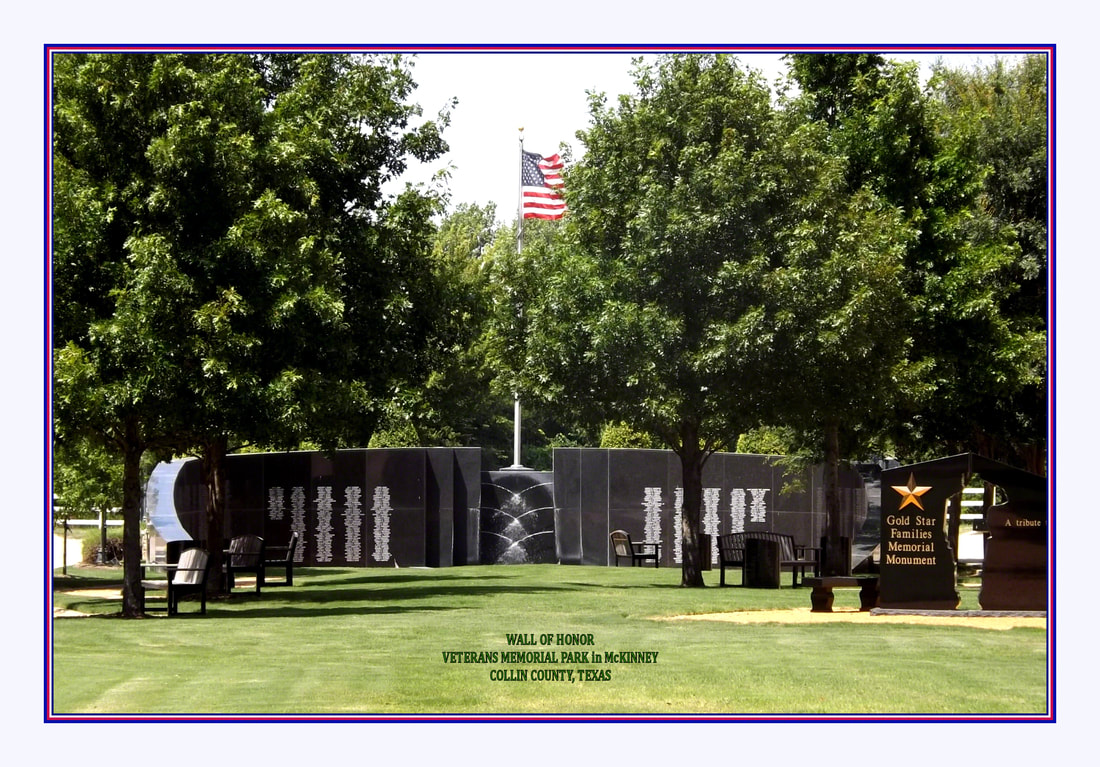